“Mode” Jeremy Cluchey and “Trapper” Dan Cluchey grew up in Maine. And while their sibling bond is strong, they each headed activities that vie for favorite activity (Jeremy – sailing and Dan – Ranger Trail).

What years were you at Agawam? 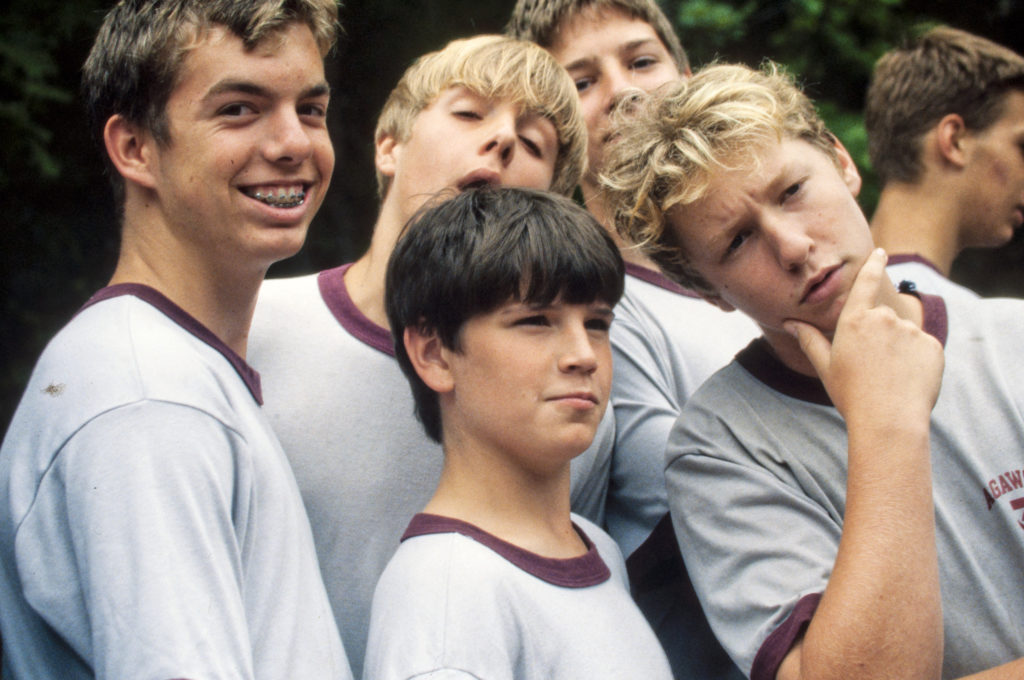 Who or what originally brought you to camp?

Jeremy: I honestly can’t remember how we heard about Agawam, but I’ll never forget “Chief” Garth Nelson giving the slide show presentation in our living room sometime in the fall of 1990. The kids in the pictures seemed to be having so much fun, and Chief exuded a kind of gravitas and character that I really sensed and respected.

Dan: I’m pretty sure we were tipped off by another family from our hometown, which had a handful of Agawam families already there at the time we arrived.

“Trapper” was it important to you to join your older brother at camp?

As a younger brother, it was *very* important to me at the time to be at Agawam with Jer. Over the years, having that common experience has been valuable to our whole family—camp was something shared, rather than some separate, solo adventure.

How many members of your family have been associated with Agawam?

Jeremy and Dan: The two of us and our cousins Ben and John Sataloff.

What was it like to attend camp with your brother?

Dan: It was always better to be at camp with my brother, but especially so when I was younger and just starting out. At nine, having a brother in Upper Campus gave me a sense of identity and credibility in a new place… I’m sure Jer checked in on me plenty, but he also gave me space to find my way and chart my own path at camp.

Jeremy: Trapper was 9 and I was 14 when he first came to Agawam. After four years at camp, I was excited to have him there — so excited, in fact, that I promptly took him sailing and showed him how to capsize, thus scarring him for life and driving him into the arms of Ranger Trail. I’m not saying I’m the reason he got his Senior Ranger, just that he should probably consider giving me a small byline on his honor band.

Have your family and/or family traditions been influenced by Camp Agawam?

Jeremy: Hugely! I don’t actually give my kids katiakis per se, but when they act up, I do make them walk down the driveway in the dark while my wife and I stare at them angrily. Just kidding about that. In all seriousness — the Woodcraft Laws play a central role in our lives. Our friends recently gave us a wooden plaque with the Woodcraft Laws carved into it. We talk regularly about seeking the joy, playing fair, being brave, and how word of honor is sacred. This is a little random, but I often think about Long Walks; I tried to do a Long Walk Plus every summer, and I think that helped teach me how important it is to get to know different types of people, even if we didn’t cross paths much. This has been really valuable both professionally and personally.

Dan: Sure, but more so in the friendships that continue long after our time at camp has ended—that’s where the influence really shows up. Of course, we also have the Woodcraft Laws up on our fridge, too.

What is the first thing that comes to mind for each of you when you think about Agawam?

Dan: For me—maybe because the memories are fresher—I actually go right to how much I loved being a part of the staff. Agawam was so instrumental to me as a kid, and so enormously valuable, but I actually think I took away more from the white-shirt years than the grey-shirt years in terms of how camp shaped me as a person.

Jeremy: The lake. Catching a mooring on a perfect day.

Do you have a particularly favorite Agawam memory?

Jeremy: Walking through first pool after a game of Buzz Ball — about as good a moment as life can deliver.

Dan: This is just impossible. Frankly, it’s unfair of you to ask. It would stress me out to have to narrow it down to one hundred favorite memories. 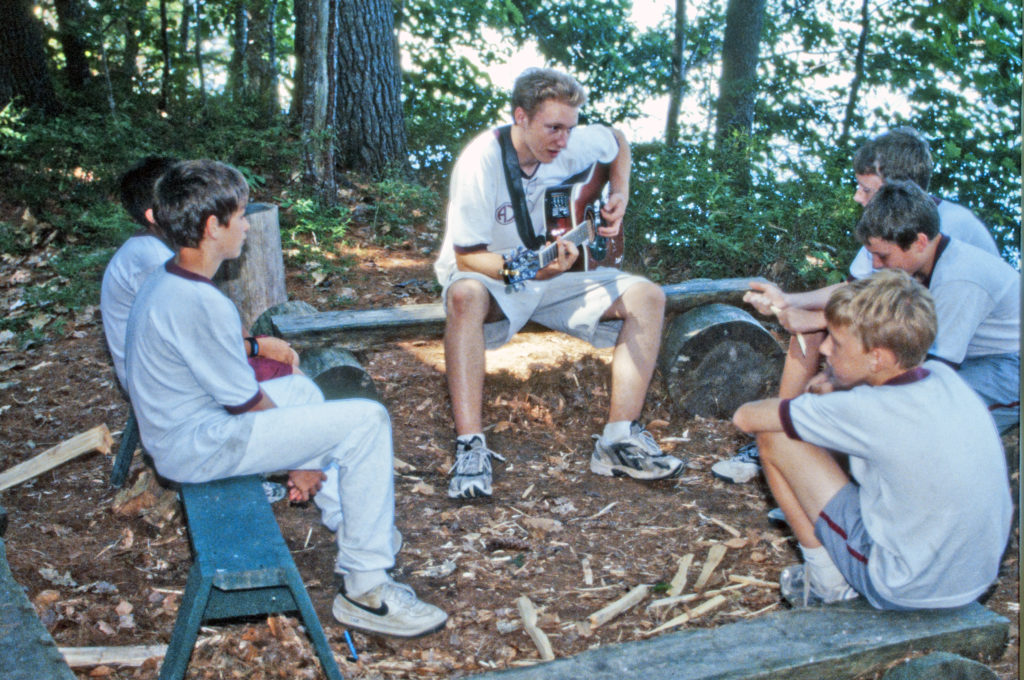 Do you have any memories of the director that stand out for you?

Dan: Chief Nelson was a person I associated (and still associate) very specifically with the word ‘integrity.’ I was intimidated by him when I was a younger camper and didn’t really get a chance to appreciate how warm he could be until I was on staff. I remember sitting on a green bench with him when I was 17 or so, and him telling me that I was a “lifer.” Before that moment, I had felt as though I only belonged to some outer fringe of the Agawam experience—I wasn’t a trophy winner, and hadn’t had an especially notable camp care

er, or anything like that. It caught me off guard that he thought of me as someone who could contribute to our community, and it made me understand that I could be a part of camp in my own way, for life. It meant a lot to me at that time.

Jeremy: I loved how Garth would teach us to greet people every summer — look them in the eye, introduce yourself warmly, and welcome them to camp while you shake their hand firmly (“no dead fish”). I will always remember and appreciate that.

How long has it been since you’ve been back to Agawam as individuals? With each other?

Jeremy: I’ve come the last few summers on the third Saturday in July to help with the Loon Count, which is run by my former employer, Maine Audubon. This has been really fun for me, even though I’m only in camp from about 6:30am through flag raising. It’s such a great group of kids and such a treat to be puttering around Crescent Lake on the Mawaga One again. As a family, we were last back for the 95th Reunion. We stayed in Trinity and I slept in the same spot I slept when I was 10. I think my wife slept in Tommy Maroon’s old bed.

Dan: I try to go up every year and have gone up with my brother a few times as our schedules allow… unfortunately, I’ve missed the 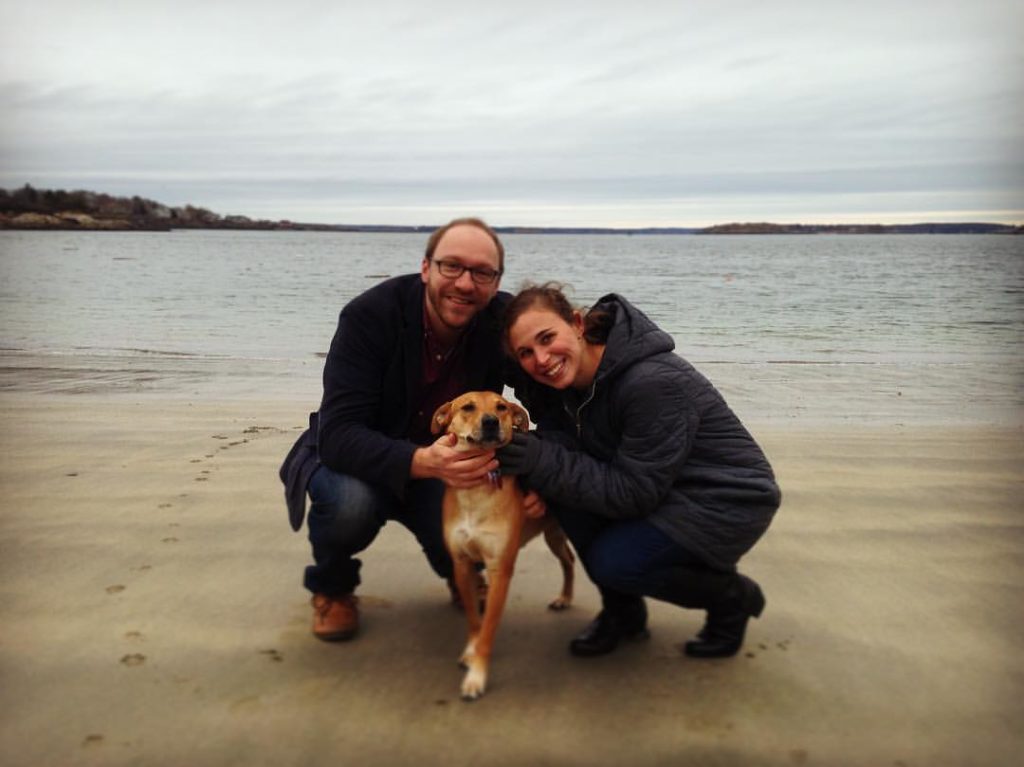 Where do you live now and what do you do to make a living?

Dan: Jer and his family moved back to Maine a few years back; my wife and I live in Washington, DC (although we’ll be spending a year up in Maine while she serves as a judicial clerk on the First Circuit). I’ve worked as a speechwriter and political advisor since finishing law school six years ago and have been writing for Vice President Joe Biden since the summer of 2018.

Jeremy: My family and I live in Bowdoinham, Maine. I do communications work for The Nature Conservancy in Maine, which conserves land, restores rivers, and conducts science in support of a strong, resilient, sustainable natural environment. I also serve as vice chair of our town’s Select Board (our local government).

What are you most looking forward to at the 100th Reunion?

Jeremy: Hanging out in Accomack with Trapper Dan and Miriam, taking my kids out in the Blast (and telling them how when I was little, we sailed FJs with names like “Chemin De Fer”), catching Korana, finding the Left-handed Smoke Shifter.

Dan: Reconnecting with all of the people I haven’t had the chance to see in a while. Finally learning to sail. 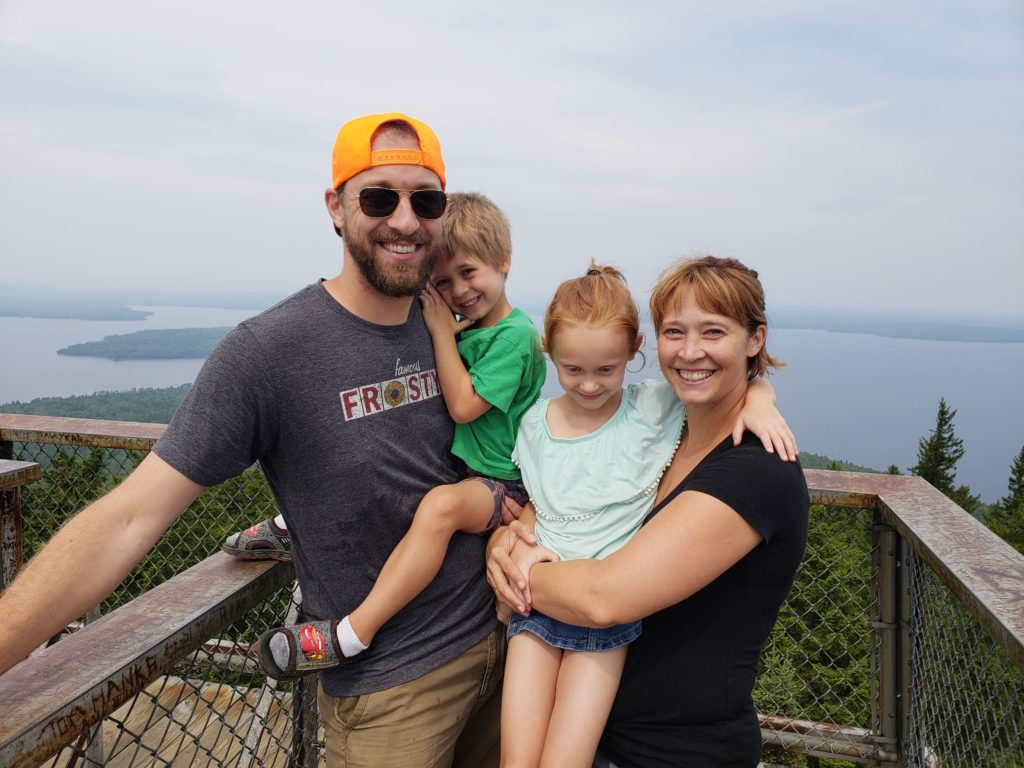